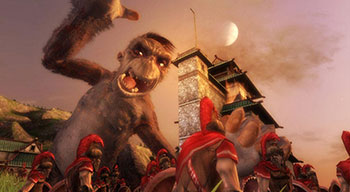 Working as a member of a team of writers, Martin and his fellow scribes wrote the script and dialogue that brought this magical number one hit to life. In it, the player takes the role of a deity that can directly influence human affairs, be it through good or evil actions. Aiding the player is a giant animal avatar that can be trained or neglected as the player sees fit, with the creature intelligently reacting to what the player is doing. Black & White 2 would go on to amass impressive reviews, with PC Zone and Games Radar both awarding the game 91%.