Since 2005, Martin has become one of the most sought after scriptwriters, narrative designers and story consultants within the industry. He has been the writer/co-writer of numerous critically acclaimed blockbusters including FIFA 19 The Journey: Champions, Destiny 2, FIFA 18 The Journey: Hunter Returns,  Destiny: The Taken King, FIFA 17 The Journey, Fable: The Journey, Need for Speed: Rivals, Black & White 2, No Man’s Sky, The Movies and many more. To date, Martin has written on games that have sold in excess of 100 million copies worldwide and grossed over $5 billion.

In 2012, Martin was invited by BAFTA to become a member of the Academy in recognition of his work in the games industry. 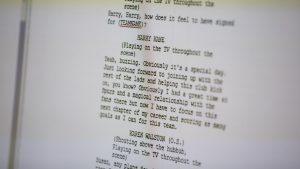 Best Writing in a Video Game

FIFA 17 'The Journey' was nominated in the Best Narrative category at the 2016 Canadian Video Game awards.

Martin was part of the team (lead writer and consultant) behind the BAFTA winning 2006 simulation The Movies.