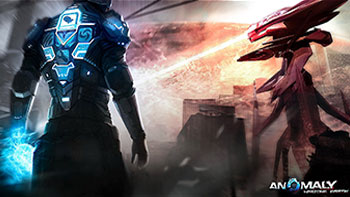 Working with the talented team at 11bit Studios, Martin was one of a team of writers behind this multi award winning strategy epic, and was responsible for writing/localising the English version of Pawel Miechowski’s original Polish script. Amongst its many accolades the game won the 2011 Apple Design Award, while its Metacritic score of 94% (iOS) is one of the highest of all time.

Set in the near future, Anomaly: Warzone Earth charts 14th Platoon’s battle to save humanity from a mysterious and deadly alien invasion that threatens to overrun the planet.

View footage from the game: