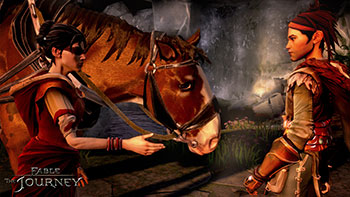 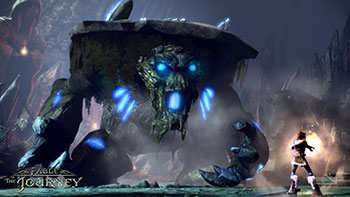 Martin was the lead writer of the critically acclaimed story and characters in the Xbox 360 action adventure Fable: The Journey. World renowned gaming website GameSpot wrote, “From the strong relationships you build to the dangers you conquer along the way, you’re drawn in until this fantastic story is resolved,” while internationally respected British broadsheet newspaper The Telegraph commented that, “By turns amusing and affecting, its (Fable: The Journey’s) narrative is a significant piece of Albion lore, a terrific piece of fan service, and a fine piece of storytelling in its own right.” Gaming website GiantBomb stated that, “You end up genuinely feeling sorry for certain characters on several occasions when bad things happen to them, and the game culminates in a moment that will likely be among the most poignant seen in a game this year,” while Xbox 360 Achievements wrote, “With Gabriel’s gradual acceptance of his role in Albion’s fate and his touchingly filial relationship with both the tribe leader and Theresa, Fable: The Journey draws you into its world. Even the bit-part players are wonderfully drawn. Yet it’s Gabriel’s relationship with his horse Seren that really pulls at your heart strings.”

In his capacity as lead writer Martin worked closely with the game’s cutscene director during motion capture shoots at internationally respected Giant Studios (Avatar, The Adventures of Tintin), and during voice-over recording sessions.

Fable: The Journey tells the story of a young Dweller named Gabriel and his trusty horse Seren who are separated from their tribe and forced to embark on a perilous journey to rejoin their tribesmen. Along the way Gabriel meets the great Seer Theresa and becomes embroiled in an epic adventure to save Albion from the greatest threat it has ever faced.

View the full story of Fable: The Journey:

View a selection of cutscenes from Fable: The Journey: